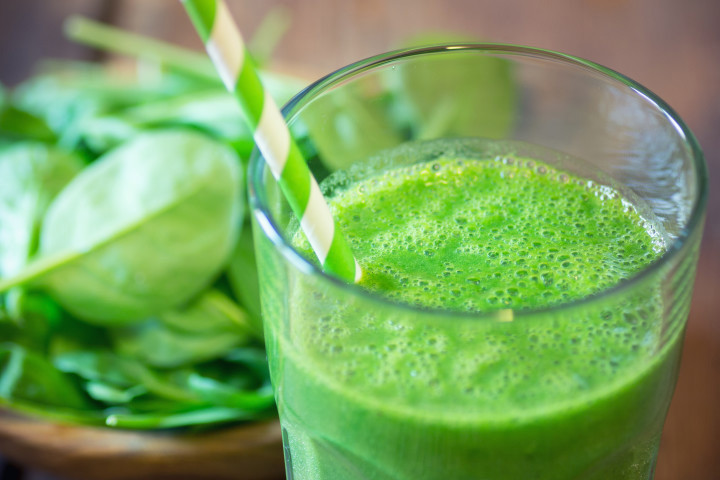 Many believe that cannabis is going to be the next big juicing trend, and it has the potential to become even more popular than kale.

Found in south and central Asia, marijuana comes from the cannabis plant, and the leaves and buds of the plant are packed with anti-inflammatory and anti-oxidant compounds.

Also called cannabidiols, these compounds are very powerful, and they have the ability to improve several aspects of your life. The cannabinoids from cannabis plants are produced in acidic forms, and the process of heating the cannabinoids is what converts them into CBD or THC.

Why You Need to Start Juicing Cannabis

Although edible products have become very popular, most people still smoke cannabis, and if you’re smoking the plant, then you’re missing out on several important benefits.

By juicing the leaf, you can enjoy all the benefits that come from the raw plant material, and you can avoid a powerful psychoactive effect. Heat is needed to convert the raw THC acid into a psychoactive compound, and the process of juicing doesn’t cause this reaction.

One of the top reasons to start juicing cannabis is for the nutritional value. When the cannabis leaf is juiced, it offers great nutritional value, and it allows you to consume higher doses of nutrients that are present within the plant.

When THC is consumed as an acid, the tolerable dose is hundreds of milligrams, but once the acid has been converted with heat, the average person can only tolerate a dose of about 10 milligrams.

Get High Without Smoking

Some people who have respiratory problems prefer to juice cannabis, and the process of juicing is also effective for reducing the smell.

If you could choose only one reason to stop smoking and start juicing cannabis, then it should be for the health benefits. The cannabis plant contains cannabidiol, which promotes better health.

The cannabinoids from the plant offer neuroprotective, anti-inflammatory and anti-oxidant benefits, and when consumed daily, they can help to improve your health.

According to some of the latest research, juiced cannabis can help to prevent or reduce the symptoms of chronic inflammation, cellular dysfunction, autoimmune disorders and cancer cells.

The Health Benefits of Juicing Marijuana

Research shows that juicing is the best way to consume marijuana, and the majority of the conditions that can be treated with cannabis can be treated by consuming juiced cannabis every day.

How to Prepare Cannabis for Juicing

If you want to get the greatest benefits from juicing the cannabis plant, you need to know how to prepare it properly. Since you’re trying to extract the powerful nutrients from the plant, the material needs to be fresh. You don’t want to use marijuana that has been cured for smoking.

Depending on your preferences, you can juice the leaves or buds. If you want the health benefits from the plant but don’t want the powerful psychoactive effects, then consider juicing only the leaves. Cannabis is like all other vegetables, and it can be juiced using a cold pressed juicer or masticating juicers.

However, cannabis is known to have a bitter taste, so you might want to mix it with some other types of vegetables. A lot of people like to mix juiced cannabis with carrot juice. Due to the regulations, some states don’t allow people to grow their own plants, which can make it difficult to get fresh cannabis leaf.

When juicing any type of vegetable, freshness is very important, which is why you want to avoid dry, cured cannabis. If you’re just getting started, consider juicing about 15 leaves, and to get the psychoactive effects, toss two buds into the mix.

A great ratio for mixing other vegetable juice in with the cannabis is 10 to one. For every one part cannabis, you would mix 10 parts of vegetable juice.

Is Cannabis Set to Become the Next Kale?

With the legalization of marijuana in several states, people are starting to consume cannabis in many new and exciting ways. A lot of people still choose to smoke or vaporize the plant material, but others are starting a juicing revolution.

In fact, analysists believe that cannabis is positioned to become the next big thing in the juicing industry, and it could grow to become even more popular than juicing kale.

A major benefit of consuming cannabis juice is the ease of use. The process of juicing and consuming cannabis doesn’t take much effort, and it offers a variety of different health benefits. Some have argued that cannabis should be labeled as a vegetable because it’s cultivated and used for food.

The main issue with smoking marijuana is the loss of nutrients. To release the psychoactive compounds, a heat source must be applied to the plant material, and during the heating process, important nutrients and enzymes are destroyed.

By juicing cannabis instead of smoking it, you can enjoy all of the health benefits of the cannabinoids, and you can avoid the psychoactive effects. The plant material also contains fatty acids, iron, fiber and calcium. When consumed in its raw form, cannabis can prevent and heal several illnesses.

The cannabis is effective at capturing molecules and improving the body’s regulatory system. Some experts aren’t calling cannabis medicine, and instead, they’re calling it a dietary essential.

Juicing cannabis has been shown to assist with several important functions within the immune system, and it can even reduce the damage caused by free radicals. Some studies show juiced cannabis to be effective for improving cell, neural and bone functioning.

Juicing Doesn’t Have to Make You High

Many cannabis users enjoy the psychoactive effects of cannabis, but others prefer to get the benefits of the plant while avoiding the high. Raw cannabis plant material contains THC-A, and to make this compound psychoactive, heat must be applied to it.

If no heat is applied to the plant material, then you won’t experience the high. The body is capable of handling significantly higher doses of cannabinoids in juiced form, and the average person can enjoy about 600mg of CBD per day.

By increasing the number of cannabinoids within your body, you can enjoy a variety of health benefits. The human body has natural endogenous cannabinoids inside of it, and they help to regular bone, nerve and immune functions, and it’s believed that cannabinoids are able to restore balance to unbalanced biochemical problems.

What About the Risks?

The bottom line is that juicing cannabis offers all of the same benefits as smoking it and has the potential to relieve nausea and pain for cancer patients. It’s even used to increase the appetite of patients who have HIV.

When the cannabis plant is consumed in the form of a leafy vegetable, you get to enjoy the plant’s whole profile, which you don’t get from smoking it.

In its raw form, cannabis contains cannabinoids and terpenes. Thousands of patients have benefited from the medicinal properties of raw cannabis, and it’s regularly consumed as a leafy vegetable.

What You Need to Know About Juicing Cannabis

Due to the increase in popularity, the cannabis plant is used as a powerful health supplement, and there are several different ways to use the flowers, seeds and leaves of the plant. The latest trend is juicing the raw leaves of the plant, which are used to create a real green juice.

For many years, juicing has been a powerful tool for people who want better health, and it has even been used as a way to lose weight. Unfortunately, when the plant material is smoked, many of the essential enzymes are destroyed, so you’re not getting the full benefits of the plant.

Juicing is preferred by many because it preserves the important enzymes that are lost during the heating process. Growers have always thrown away the leaves of the cannabis plant, and by saving them for juicing, growers can minimize waste and infuse their body with phytochemicals, minerals and vitamins.

These natural compounds are believed to assist several different processes in the body, and they can help you live a healthier life.

Who Will Enjoy Juiced Cannabis the Most?

Juicing cannabis is a great idea for people who don’t want to vaporize or smoke the plant material, and it serves as an effective, discreet way to absorb a daily dose of healthy cannabinoids.

When the plant isn’t heated, the psychoactive compounds aren’t released, so you can enjoy the health benefits and stop worrying about getting high. If you’d like to get the most out of this new trend, then there are some simple tips that you can follow.

When you’re juicing cannabis, you should always make sure to dilute the drink with other types of fruits or vegetables. Since the drink will be very acidic, it’s a good idea to mix it with vegetables that will help to balance the acidic effects.

Although there are no health risks associated with juicing, it’s always a good idea to monitor your sugar intake and make sure you’re not consuming too much sugar. Another tip is to make sure that you continue to eat a regular diet. Some people make the mistake of consuming nothing but juiced cannabis.

For optimal results, you can start your day with a single drink and eat your regular diet throughout the rest of the day. One of the best ingredients to mix with juiced cannabis is organic apple juice.

A Simple Guide To Juicing With Wheatgrass